No Widgets found in the Sidebar Alt!

No Widgets found in the Sidebar Alt!

In the latest issue of Science Illustrated here in Sweden (Swedish title Illustrerad Vetenskap), you can read about how the scientists now declaring war against migraine.
I tried to find the article in the American version, but I can’t find it, so here comes a summary of the Swedish article.

One billion people suffer from migraines

Apparently, one billion people suffer from migraines all over the world. And its believed that the reason is that a normal protein causes the sensory nerves to run amok. Now researchers have developed a drug that will prevent headaches from occurring, but still, they can’t answer why some people are sensitive to the protein.

Migraine is an endemic disease

The violent headaches cost the earth’s population a total of 30 million active years, as the pain prevents people from doing their work and their daily chores.

Most migraine attacks last for a couple of hours, but in the worst cases, they can last for up to three days, even if the frequency of attacks varies from person to person. Some get migraine every couple of days, others only get a couple of seizures a year, but two to four seizures a month are the most common.

In particular, middle-aged people in the western world suffer from migraines, and women are affected two to three times more often than men.

Although so many people suffer from the disease, doctors and researchers have not yet fully understood why the pain occurs, and many patients have so far found it difficult to find an effective treatment.
In May 2018, the US health authority approved a drug that could bisect the number of migraine attacks for the most severely affected patients.

Clinical trials of this drug showed that 26 percent of the patients responded maximally to treatment and were cured entirely of migraine. Erenumab, which is the name of the drug, was also approved in the EU in June 2018 and might be the first of several pioneering treatment options for migraine patients worldwide.

Erenumab is an antibody that works by neutralizing the effect of a small protein called CGRP, which in recent years has been identified as the villain behind migraine.

With most people, its completely harmless, but in most migraine patients, it makes the nervous system in the head extraordinarily hypersensitive, and researchers are now looking for the answer to what goes wrong. 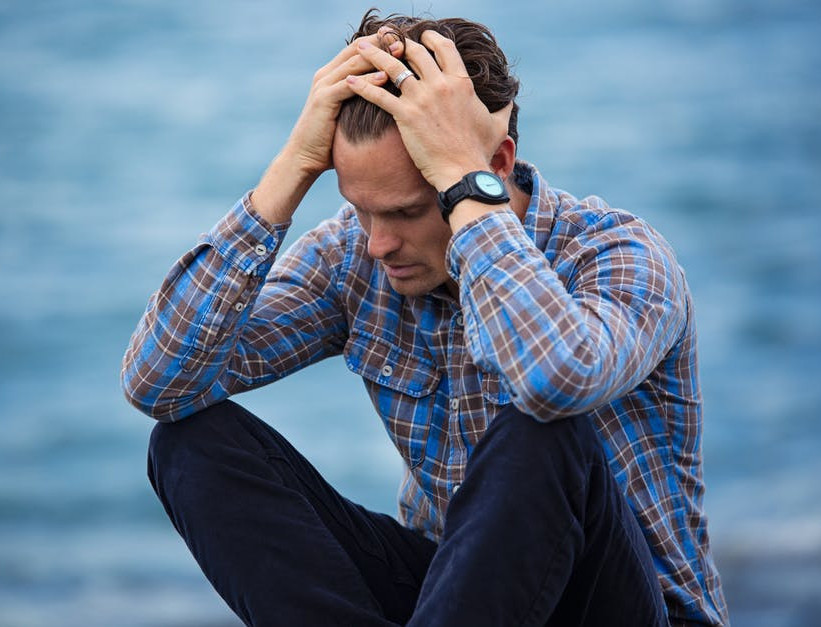 Holes were drilled in the head

In the Middle Ages, it was believed that migraine was due to evil spirits in the head, and in some patients, holes were drilled in the head to release the evil spirits and to avoid the torments.

It was not until 1918 that doctors developed a remedy for severe headache in the form of the substance ergotamine, which was recovered from the fungus ergot.

Ergotamine is still used, and, like the newer group of drugs, the so-called triptans, causes the blood vessels around the brain to contract.

In 1982, researchers discovered the natural protein CGRP. They later revealed that it was present in extra large quantities during a migraine attack and had a physical ability to widen blood vessels.

The causal link appeared to be clear, and for many years it was the general belief that migraine arose when the CGRP protein caused the blood vessels to expand so that the blood flow to the brain became higher than usual.

But in 2008, neurologist Guus Schoonman from Leiden University Medical Center in the Netherlands used a particular form of MRI brain imaging/Neuroimaging to study the blood flow in the brains of 27 migraine patients.

The researcher toke advantage of that small amounts of nitroglycerin is known to both dilate blood vessels and provoke migraine attacks.

The scan results surprisingly showed that the blood vessels only expanded in the first few minutes after injection with nitroglycerin. That blood flow was back down to a normal level when the migraine attack started after 1.5-5 hours.

The painful headache could not depend on the massive amounts of blood being transported through the brain. The researchers had to look for another explanation.

Research suggests that, after all, it is the CGRP protein that causes the pain during a migraine attack, but in a completely different way than the researchers previously thought.

The protein’s effect on the blood vessels around the brain is not included in the explanation. Instead, the migraine attack is triggered by another function of the CGRP protein.

It affects the sensory nerves on the face, the scalp, and the membranes that protect the brain, making the nerves extra sensitive and sharpening the senses to the extreme.

For example, when a slight touch on the scalp activates a sensory nerve, it will, under normal circumstances, send a weak electrical nerve signal to the brain, which senses a soft pressure.

However, some nerve cells, which start from a junction at the ear, contain large amounts of CGRP, and, for reasons that the researchers still do not fully understand, they can suddenly open the gates so that the protein streams out over the surrounding sensory nerves.

If this happens, the sensory nerves become extra sensitive, and the weak nerve signal is greatly enhanced. When the nerve signal reaches the brain a fraction of a second later, it no longer mediates the message of a light touch, but instead intense pain.

Other small effects on the head’s sensory nerves, for example, a muscle contraction in the face or just the pulsing of the blood in the veins, are also greatly enhanced. All false pain impressions put the brain into a kind of alarm preparedness and also react extra strongly to light, smell, and sound.

The situation is rapidly developing into a real pain in hell, and a migraine attack is about to bloom. But the newly developed antibody erenumab can slow the escalating pain spiral early by disabling the CGRP protein before the sensory nerves can react to it.

In this way, the treatment works preventively, and because the antibodies – which are large proteins – have a long shelf life in the body, patients do not need to take more than a single dose per month to avoid new migraine attacks.

The situation is rapidly developing into the pain of hell, and a migraine attack is about to bloom. But the newly developed antibody erenumab can slow the escalating pain spiral early by disabling the CGRP protein before the sensory nerves can react to it.

In this way, the treatment works preventively. Because the antibodies, which are large proteins, have long sustainability in the body, patients do not need to take more than a single dose per month to avoid new migraine attacks. 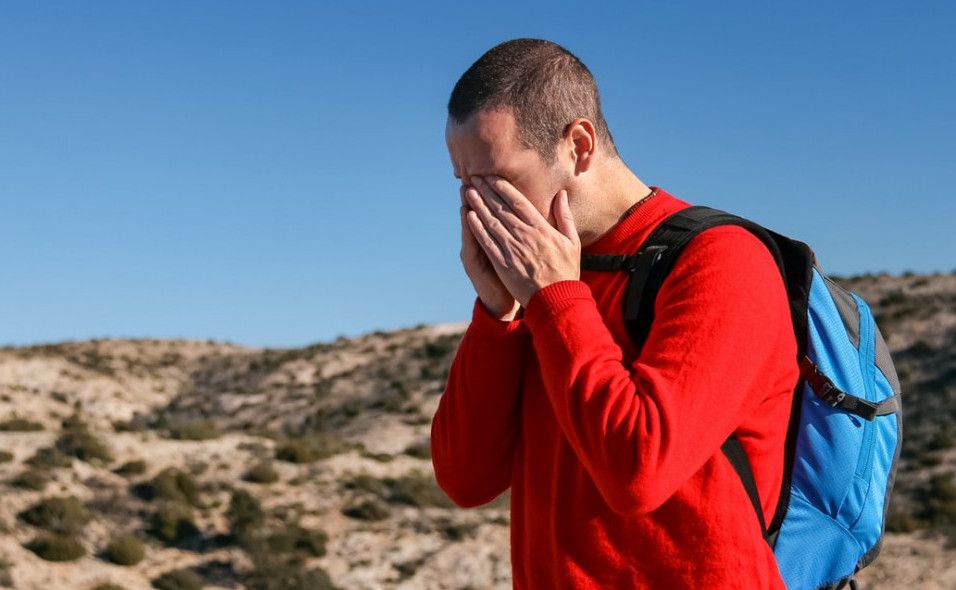 Doctor Peter Goadsby from King’s College Hospital in London, England, is behind the development of the antibody, and in December 2017, he presented the promising results in a significant clinical trial.

A total of 955 migraine affected patients participated, which were randomly divided into three groups. Each month for six months, they received an injection of 70 and 140 milligrams of the antibody.

The patients initially had migraines between four and 14 days a month, but after six months of treatment, the number of monthly migraine days had decreased by 3.2 and 3.7 days with the patients who had received the lower and higher doses.

Of the patients treated with the low dose, 43.3 percent experienced at least half the number of days with migraine, while the corresponding figure for those who received the higher dose was 50 percent.

The good effect of erenumab is because the antibody prevents CGRP from attaching themself to the sensory nerves and making them hypersensitive.

To perform their normal work, CGRP must attach to a so-called receptor on the surface of the sensory nerve, but the antibody is CGRP and attaches firmly to the receptor.

In other words, the antibody takes up the plats of the receptor, so that CGRP is not able to attach to it and trigger the hell of the pain.

Peter Goadsby has also developed another antibody, which instead attaches itself to the CGRP protein and therefore prevents it from binding to the receptor.

Several other antibodies that release CGRP have been tested in clinical trials with similar results.

Common to all of them is that they have different effects on subjects and that the effect is significantly better with some patients.

In another clinical trial (published in 2017) on the topic of erenumab, every fourth patient avoided a migraine attack altogether, while a trial with another antibody, galcanezumab, showed that 16 percent of patients were completely cured.

The researchers still don’t know why patients react in such a different way to the antibodies, but the key to the answer is likely to be how their sensory nerves are affected by the CGRP protein.

All people form the protein that regulates blood flow by expanding blood vessels. But for some reason, migraine patients react differently to it.

Already in 2002, neurologist Jes Olesen from the University of Copenhagen demonstrated that an injection of CGRP quickly triggered a seizure within migraine patients, while people who did not suffer from migraine were only easily given the headache of getting the protein injected into the veins.

Thus, migraine patients respond much more strongly to CGRP than healthy individuals, whose sensory nerves become significantly less sensitive.
However, migraine patients’ response to CGRP is likely to vary as well, which explains why the antibodies do not work as effectively on them.

Before researchers understand why some patients respond better to treatment than others (and gain the knowledge that helps them develop even better antibodies), they should test whether they can determine in advance which patients benefit the most from the antibodies.

The treatment is very costly, and if it has only a limited effect on about half of the patients, it is a good idea to target the treatment to the patients who have the most significant benefit.

In addition to antibodies, researchers are also working on developing a number of small molecules that can wedge into the receptor of the CGRP protein, thereby preventing the sensory nerves from being affected by it.

The small molecules are called geopanter, and unlike the antibodies, they do not work preventively but instead relieve the pain during an ongoing migraine attack.

The doctors can, therefore, apply it to migraine-causing CGRP protein on two fronts: The antibodies reduce the number of seizures, and when a seizure still sets in, the pain can be relieved with other substances.

Migraine on your vaccation

Dont miss out – Join My Hedache and Migraine

Here is your chance to get access to my exclusive newsletter with tips, trix, articles about treatments, cure, remedies, reviews, and freebies! Do you have any questions, don´t hesitate to contact me.
I would love to hear what you are going through. If you want to share it with me?